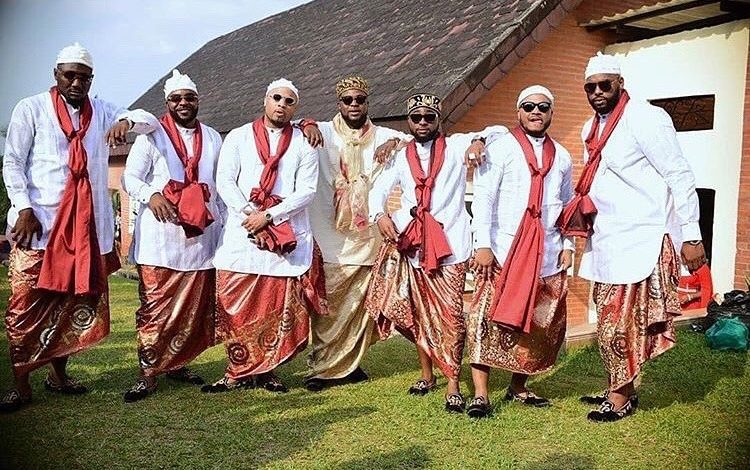 Weddings are arguably one of the events most people look forward to attending. The songs you pick for your wedding day is very important and must be carefully picked to make you and your attendees feel happy and loved. These songs ought to uphold the intentions of the event which is the beauty of love and exchange of vows between you and your spouse.

In Nigerian Weddings, there are two things wedding guests look out for after the exchange of vows. That is “Food” and “Music” and with this in mind, the power of songs should not be underestimated.

To make sure your list of wedding songs is on point, we’ve compiled a list of 31 songs you can play on your wedding day. This collection of songs ranges from songs released from 2003 to date.

Here are the songs:

“Oruka” by Sunny Neji is a song that never dies. This song was released in 2003. Since then the song has become a hit all over the nation. This song celebrates the pleasantries couples enjoy in marriage. The lyric is simple and soothing to the ear.

“No one like you” by P-Square is the second on our list. This song was released in 2007. The lyric paints a picture of the journey of the couple and how they have grown to love each other so dearly. This song always finds its way to the heart of the couple and guest as it brings back memories shared in love.

“Wedding Day” by Nice was a hit in 2008. The lyric is written to be sung at a wedding ceremony; it explains events that took place when the couples were dating before proposing. Although written in Yoruba with a few English lines, it is still a good fit for wedding ceremonies.

“Iyawo” Mi by Timi Dakolo was released in 2014 just a few days before Valentine’s Day. “Iyawo Mi” means “My Wife”. The lyrics exalt the beauty of the bride and how blessed it propels lovers feel good about the love they have for each other. When this song comes on, you can see how much joy is displayed by the couples as they look into each other eyes. Make sure not to skip this on your wedding day.

“Perfect Gentleman” by Sean Tizzle was released in 2014. This song is also a wedding themed-song written in both English and Yoruba. The lyrics make it easy for the groom to explain how he would be the perfect husband to his Bride. You could just whisper the lyrics to your bride as you take her to the dance floor.

“Yes Or No” by Banky W speaks class and exquisite tunes. It creates a jolly vibe which reminds the couples about their vows to each other. When the couple read their vows, they always end by saying “Yes, I do”. This signifies the unification and alignment of the couples promise to each other. Hence, YES OR NO is definitely an addition to your Wedding Playlist.

“Happy Day” by Patoranking was released in 2014 as a wedding day themed song. This song sends the right message to the guest as the couple celebrates their union. You can play this song as a background song during reception, just before the couple’s dance in.

“Ada Ada” by Flavour was released in 2013.  The song artiste Flavour is well known in the southeastern part of Nigeria as “lover boy”. He features in most love songs and has written this song to celebrate the bride and her expectations in the Marriage. This song gets couples and guests on their feet.

African Queen” by 2baba also known as Tu/2Face, a legend in the Nigerian Music Industry took over West Africa with this song. The lyrics praise the bride saying sweet words to make her feel loved by her spouse. This song is definitely making it to our playlist lol.

10. Angel Of My Life By Paul Dairo

“Angel of my life” by Paul Dairo still has a great effect on people’s heart. This smooth romantic melody could send many lovers down memory lane. It is a hit at weddings and never gets old.

11. On Top Your Matter By Wizkid

“On top your Matter” by Wizkid is another beautiful song to play at your wedding. It’s a perfect way to tell your bride how madly in love you are with her and that you cannot live without her. Just play this and watch how she and your guests react to it. It was released in 2014 but continues to bring a groovy vibe to the dance floor.

“Orente” by Adekunle Gold was released in 2016. Yeah, it is a love song. Adekunle Gold should be proud of this piece. You could decide to play this song on your first couple dance. It brings people to tears. This soulful song creates romantic scenery on every wedding occasion.

“If” by Davido has become one of the most played wedding songs at recent wedding ceremonies since its release in 2017.  This song reveals how much in love you can be with your spouse. With this song playing in the background, your guest will be charged to spray money on you at the sound of “30 billion for the account o”. This song will keep your reception lit.

“Ololufe” by Wande Coal is one of the Nigerian’s favourite and has been played in numerous wedding event. Playing this song could serve as a reassuring statement to keep the vows you made to each other.

“I love my baby” by wizkid is also a groovy song and bring lots of smile to all guest at your wedding. The lyric is just perfect; talking about promises the groom hopes to keep in his marriage.

16. All I Want Is You By Banky W Ft.Chidinma

“All I want is you” by Banky W ft. Chidinma is another song we love. The lyric creates equal opportunity for both Bride and groom to dance to as they profess their love to each other.

“Beautiful Onyinye” by P square is surely a wedding jam. With this song playing in the background, you can be rest assured there won’t be a dull moment.

“Strong thing” by Banky W is another good song. You can play this song as an arrival song for the guests. This song sets the pace for a romantic event just before the wedding reception. It talks about the dating period before the proposal. This could be played as background music on your wedding day.

“Assurance” by Davido is the current jam that has blown up the Web. There is so much to love about the song. The tempo, lyrics and beat are just right. It takes the vibe a notch higher.  You could choose to have this as your couple arrival song.

“Woju” by Kiss Daniel ft. David, Tiwa Savage is a killer song for your wedding. The composition of the song is just ace and adding it to your wedding song would be a great choice.

“Easy” (Jeje) by Reekado Banks– this song embraces wordings from dating to proposal period of a relationship between the couples. It has to be part of your playlist.

“Aye” by Davido is a love song and was released in 2014. It is a vibe that flows easily on both old and young. They ladies would like this song when tying head wrap or Asoke at the same time dancing to the melodies of the song.

“Love you pass” by Falz ft. Bez -This song portrays the beauty of love between two couples and how they feel when now they are coming together as one.

“One plus one” by Wizboy was released in 2012. This song is one of the favourite songs for weddings in the Southern and Eastern part of Nigeria. It is another wedding-themed song that could make you go crazy about love. It is an old song but is still played at weddings in Nigeria.

25. Marry You By Ric Hassani

“Marry you” by Ric Hassani is another love song that could be used as your couple special dance. As you both look into each other eyes in love while taking that romantic step on the dance floor.

26. My Woman, My Everything By Patoranking

“My Woman, My Everything” by Patoranking is a catchy tune filled with loads of romantic lyrics and gets all guests on their feet.

“Ekum” by Blezed was released in 2019. Ekum meaning “my own,” tells a story of love and is a right fit for weddings to serenade the lovers of good music. We also recommend you to listen to it to get an understanding of what we are saying. This could be used for a couple’s first dance.

“5 and 6” by Naeto C – this song describes how the bond between husband and wife should be. Playing this song at your wedding would be like revitalising the marriage vows.

“Hallelujah” by Johnny Drille is a song of gratitude especially when you’ve found someone who loves you the way you love him or her.

“I never know say” by Timi Dakolo takes love between couples to a new level. This hearty song can melt one’s heart so easily. The feeling of love is described as a good thing. The highlife beat in this song is irresistible and can lit your wedding day. This is a must picked wedding song especially if you’re from the South-South.

We hope you find this list of wedding songs useful. If you’re getting married soon, we wish you a very successful wedding in advance. Happy married life!

BEWARE: There Is A Cryptic Pregnancy Scam Going On In Nigeria In 2020 »